Switched from Ubuntu to Linux Mint

Having switched to Linux Mint from Ubuntu in December 2018, here are my first impressions.

My first exposure to Linux was using Fedora in 2004. At that time I felt that software availability was not great. Fast forward to 2016, I gave Ubuntu a try and immediately loved the simplicity and software availability so much that in 2017, I made Ubuntu my only operating system for my laptop. Yes, that is right, no dual-booting. Ubuntu served me well but I have always been curious about Mint’s popularity on DistroWatch so I decided to give it a try.

Everything works out of the box

I installed Mint 19.1. It detected all devices on my laptop, an ageing Dell Studio XPS 1645.

There was a small hiccup during installation which I also faced when installing Ubuntu 18.04. I had to disable Bluetooth from the BIOS or else the CPU usage will max out on one thread while the installation will not progress at all.

It does look like Windows with its menu on the bottom-left, task bar next to it, and tray icons on the bottom-right. I deliberately removed the default icons from the desktop as I consider my desktop as a temporary workspace folder. On my Ultrawide 2560x1080 display, I appreciate having menu appearing at either the top or bottom so as to not use up my precious horizontal real estate whereas in Ubuntu’s Gnome customised to look like Unity, the default is to have a permanent bar docked to the left. This allows me to have 2 windows with 1280 pixels of width side by side. 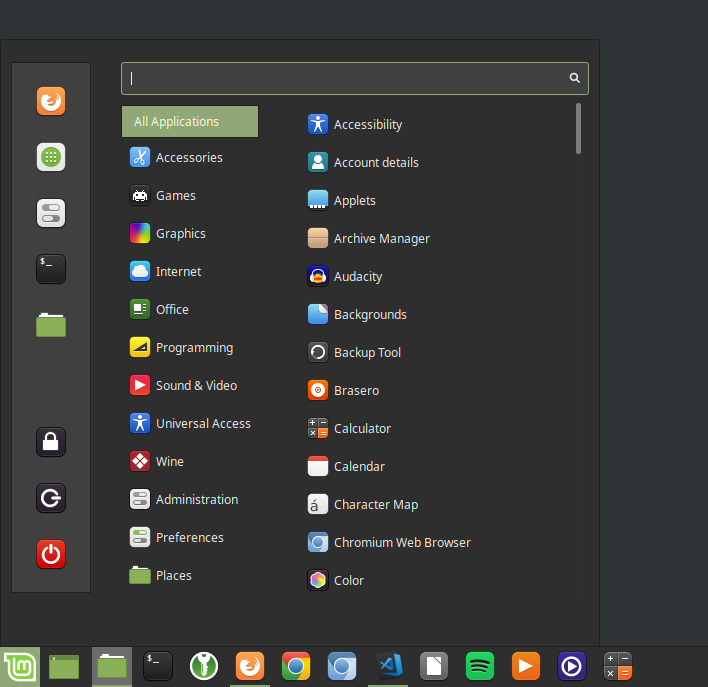 The menu in Cinnamon is similar to how Windows looks and is quick. I installed Mint onto my mom’s netbook without telling her how to use it and she was able to figure things out on her own quickly. Besides, I never liked Gnome 3’s full screen menu on Ubuntu 18.04. They suite touch screens with big icons so that fingers do not press on the wrong stuff. However, not very suitable for pointing and clicking with mouse.

I have switched from Ubuntu to Mint and having no regrets. Mint works very well out of the box. Its look and feel is similar to Windows enabling lower learning curve. I would highly recommend it, especially to new Linux users.